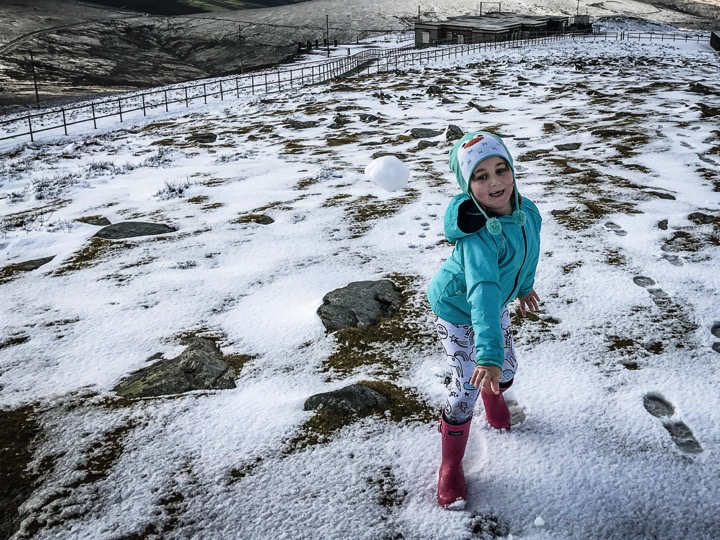 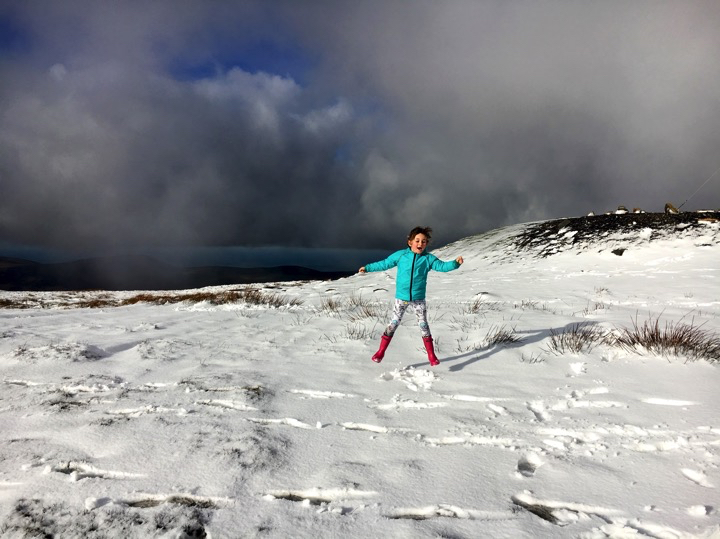 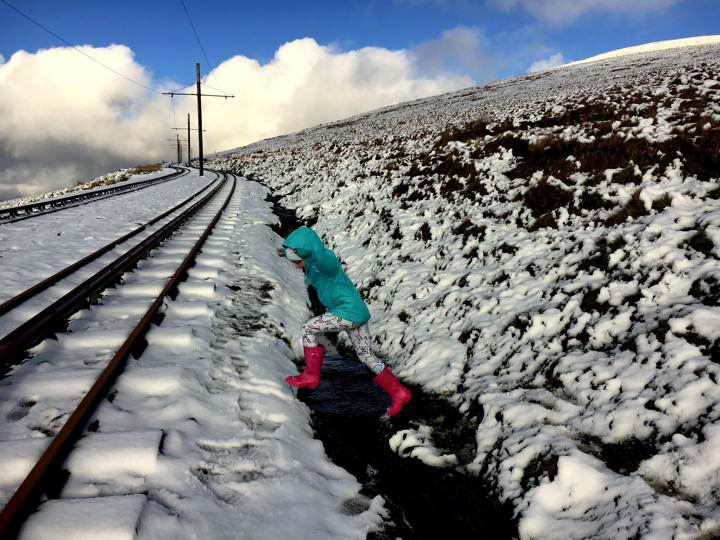 There isn’t much snow in the Isle of Man. And by that I mean it very very rarely snows. And when it does its fleeting and up high. So last week we felt especially lucky to head out walking early in the morning to see Snaefell under a cloud with a white dusting. All plans for a glen walk went out the window and off we headed up the mountain road (past the ice warnings, lamenting the fact we are driving a mini not a 4×4)
We got to the top of the road and parked up on an icy carpark which was melting fast. The sun was coming out fleetingly through thick clouds and the temperate while still biting with the wind, was warming up. Which honestly was good as I hadn’t packed for snow. And certainly not snow on the top of a mountain. 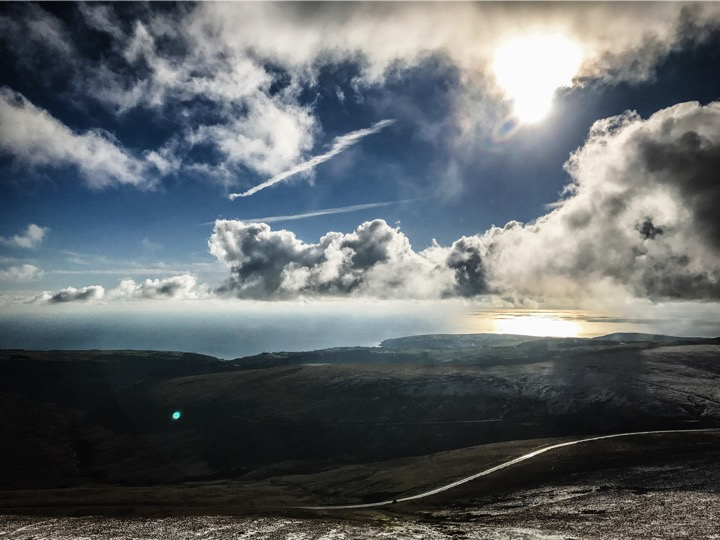 Snaefell is a mountain. But not by a lot; 37 feet to be exact. But its still a mountain and the kid was absolutely determined this was going to be her first snow capped mountain climb. Gumboots, wooly hat, a solo glove and her lighter Therm jacket (we wished we had their new season ski jacket with us as it is super padded) kept her warm enough with the exertion of climbing. The kid powered up, even the steep slippery section right below the summit didn’t phase her. At the top the clouds parted momentarily and the views were amazing. 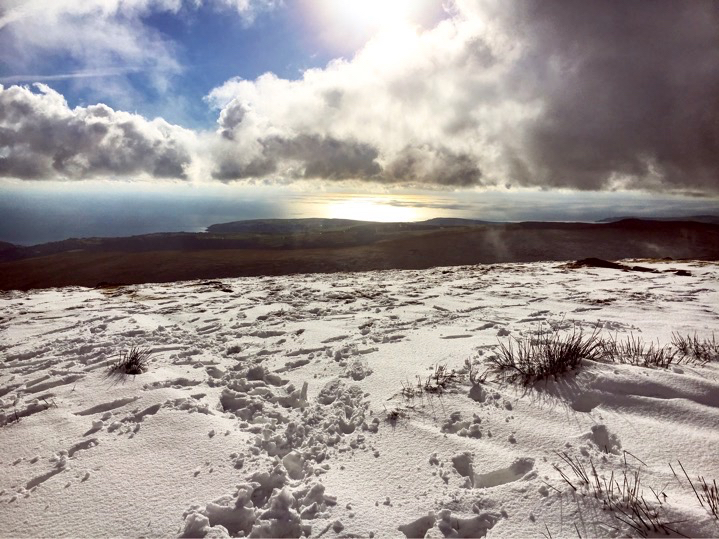 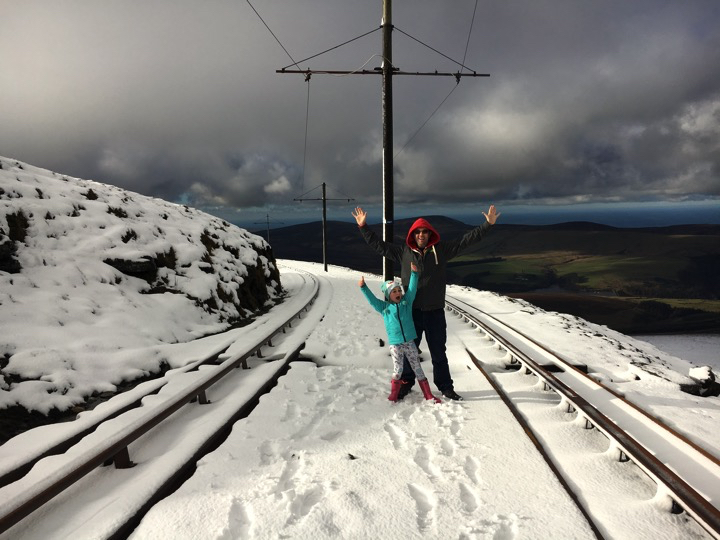 After climbing up the east side we decided to walk back around the west facing back of the slope; along the rail-line that runs in the summer months. The sun hadn’t reached the back so it was lovely and not melting yet. By the time we got back round to the car the snow and ice in the car park was gone. The sunny eastern side of the hill was running with water and nothing more than slush.

The kid has ticked off ‘climbed her first snow capped mountain’ off her to do list and we got to see some of the most amazing views. A great day and one that made dragging ourselves up and out fairly early and in the cold totally and definitely worth it.

Out and About
New Toy