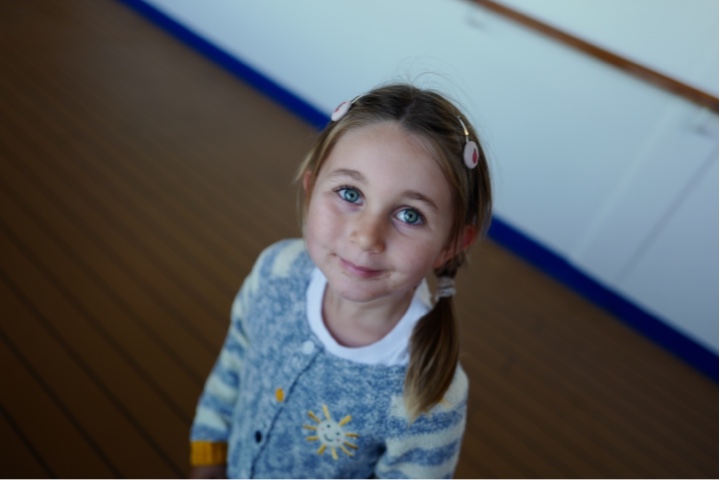 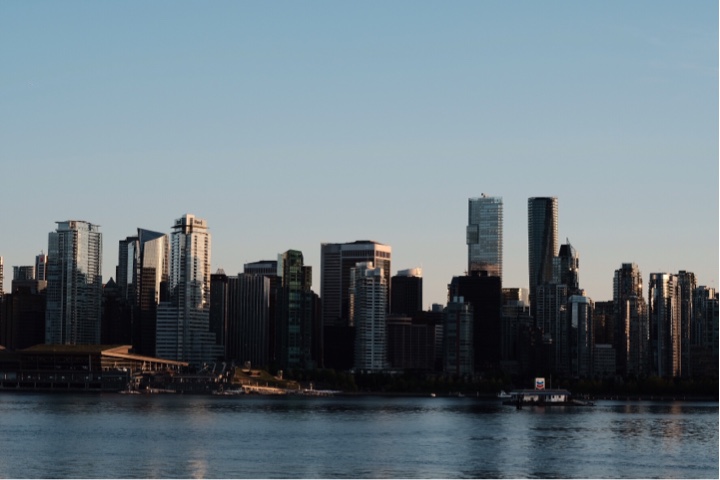 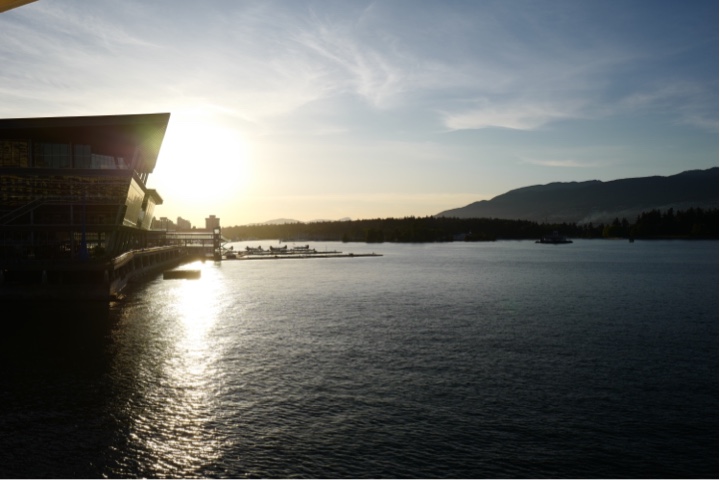 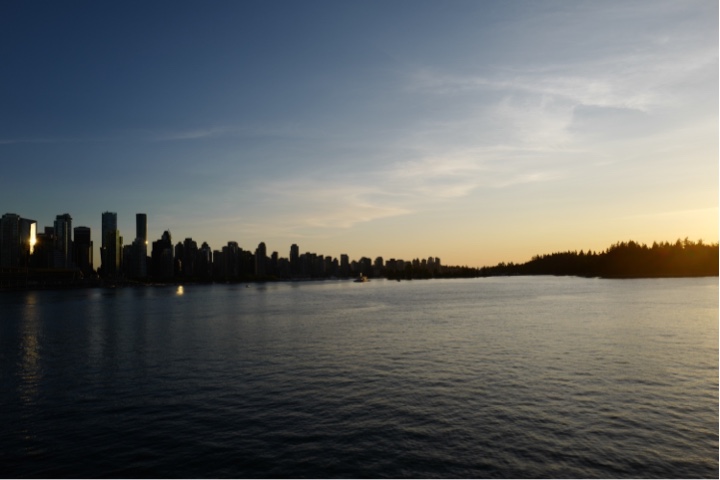 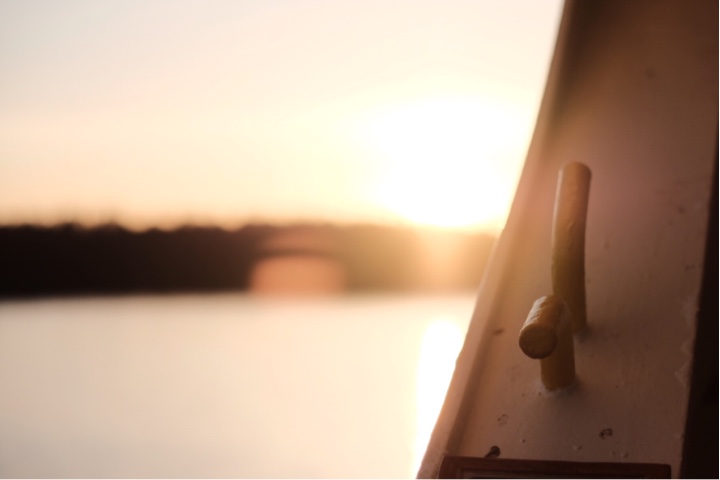 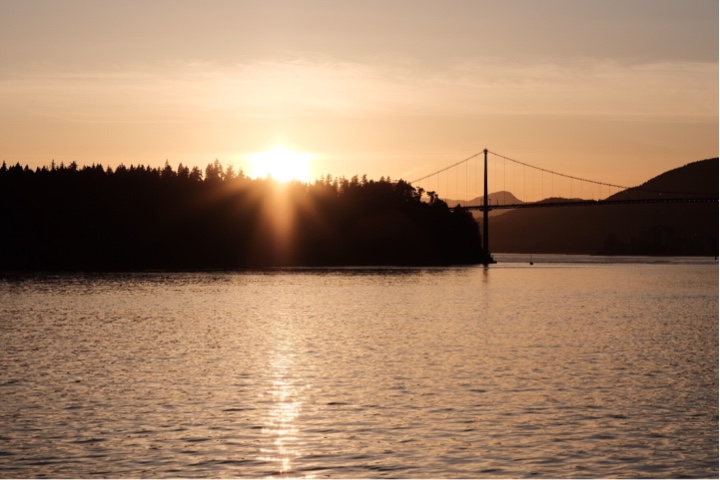 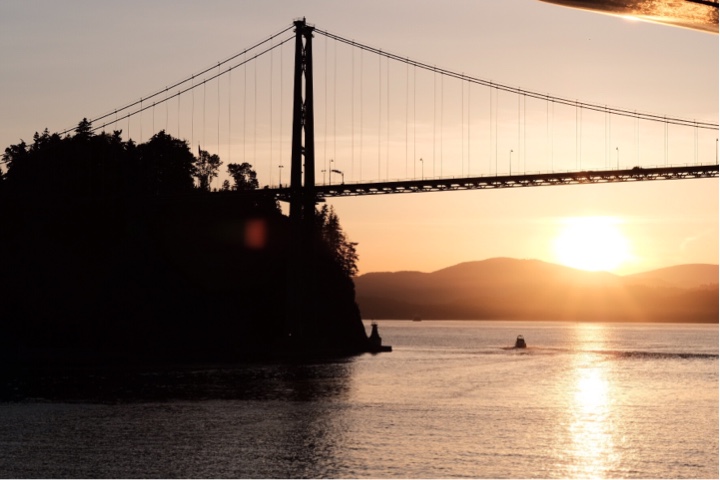 The ship docked in Vancouver while the majority of passengers disembarked and a set of new ones got on. We got off for the day and headed out of the centre and towards Stanley Park for some fresh air and trees and a visit to the aquarium.

The walk out followed the harbour was was really lovely. Good to stretch our legs. The aquarium was fantastic. We had a good couple of hours walking about and exploring the different areas. The stingray touch tank was amazing (They feel like a wet slimy bar of soap) and we saw other feelings and bits. They do have larger marine mammals (something I don’t always agree with … Sea life should be in the sea, not a tank) but after talking to the staff it seems almost all of their animals are with them from rescue not capture and they have provided homes for a number of animals not suitable for wild release.

After a few hours we had to head back to the ship to re-embark. Wow. So. Much. Queuing. But the sunset when we left was amazing and made the late leaving time worth it. Well almost.
It transpired that the queues through US customs (clearing all passangers ahead for Alaska) delayed the ship by 3 hours. Which meant we missed our tides through the narrows.
But it all worked out OK in the end. We still got to stop everywhere we were meant to. And saw all we wanted to see. And had an afternoon/evening at sea that was definitely ‘at sea’. So much so the never travel sick hubby and I took Dramamine!

So after leaving Vancouver and a day at sea we were headed to Juneau. And whales 😉