First up, a very over due photo drop, mostly from this week 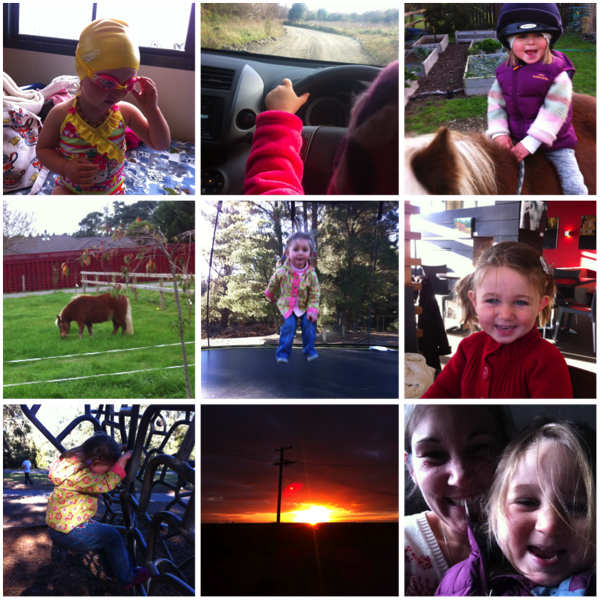 She has been challenging the past couple of day while hubby has been away. She always been spirited and strong in her own mind but I’ve had a lot of direct ignoring and ‘no’ ing to every request. I know its just age and development but its so frustrating as I know she’s usually helpful and want to co-operate. It’s also really hard as its so rare and unusual I find myself at a loss with how to deal with her. I hate to threaten meaningless actions such as ‘sit properly or i’ll take dolly away’ as I know shes simply to young to really understad what that means, but hell its hard to know how to respond, and ignoring it only gets me so far. We aim to be relaxed parents and allow her freedom to explore actions and consequences, but simply ignoring advice or defying safety instructions we draw a line at.

Some days I realise that parenting is more about how I behave and react than how my child is acting. It is about being consistent, fair and firm. Moose responds best to solid immovable boundaries,  and very little interference within them. Recently, in a ill-advised attempt to be ‘fun’ and ‘relaxed’ I have let some of those slip, become fluid. Now its kicking my ass. Strident but loving mama is back.

May 31, 2013 user Homelife
Weekending
This Moment