I don’t write about hubby much on these pages, he has his own place to put his words and thoughts (when he finishes building it) but sometimes he deserves a mention. Mostly he gets mentioned for his great pressie buying skills, or the fact Moose is a total daddy’s girl, or because he has bought/build/made/said/done something great.

But this is dedicated to him and achieving.

Seriously the man’s a machine when he sets his mind to a goal. Recently he has been running more, a date has been set for a full marathon (Auckland in Nov). In the past 18 months he’s lost 25kg plus change, gone from not being able to run 3km without nearly passing out to a slim fit happy individual. He runs for the love of it (previously he was not a runner at all) He is motivated and he achieves this dreams. It’s all based on bloody minded determination and a epic, almost mythical stubbornness.

But the thing is I want to achieve too, ok, not run marathons – thats his thing. But I’d like to get fitter, cook better, eat cleaner. I want Moose to grow up trying to achieve, knowing how to, having the determination to follow through even when it’s tough.

So in that vein I am starting today, I will be more determined, I will push harder and I won’t take the easy route just because its easy.

He doesn’t and life looks funner because of it. 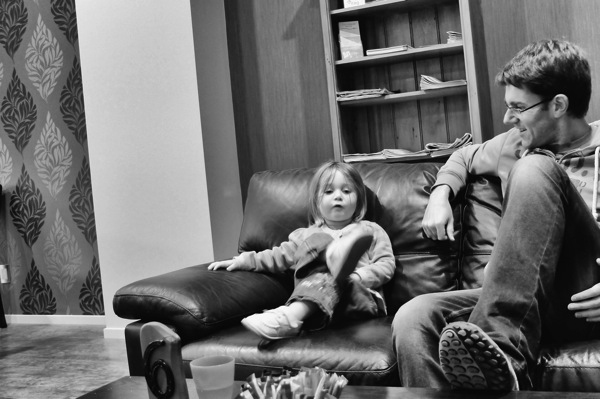 And talking of achieving – Moose rode her pony all the way to preschool this morning. 2km, 30 mins and not a wobble. No saddle, with her bike helmet on. Loved every second. Thats my girl!