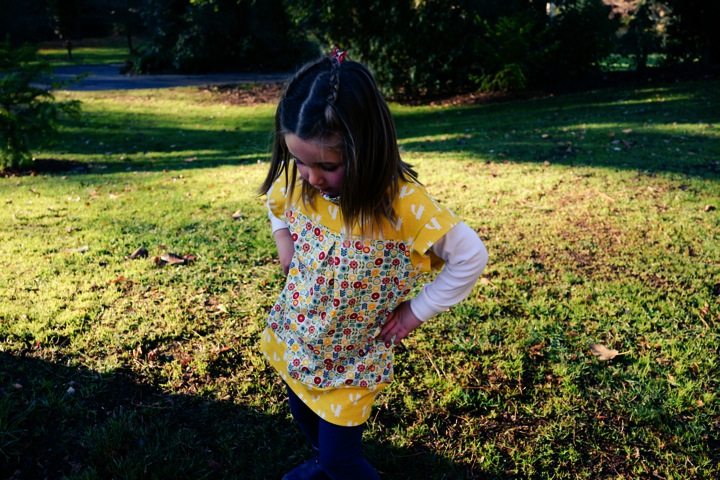 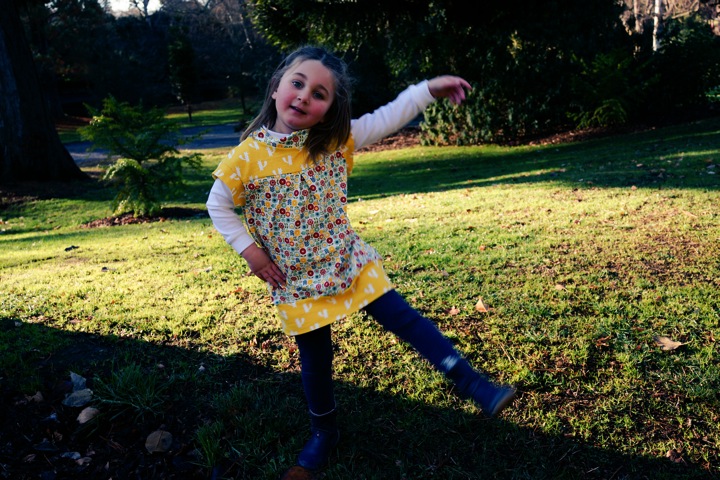 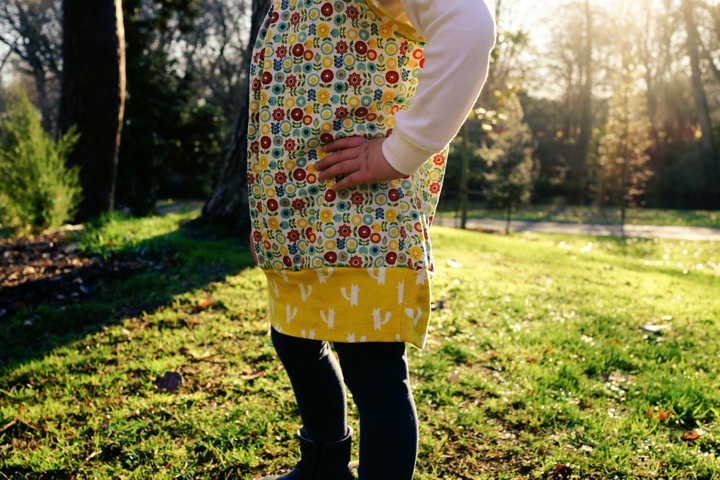 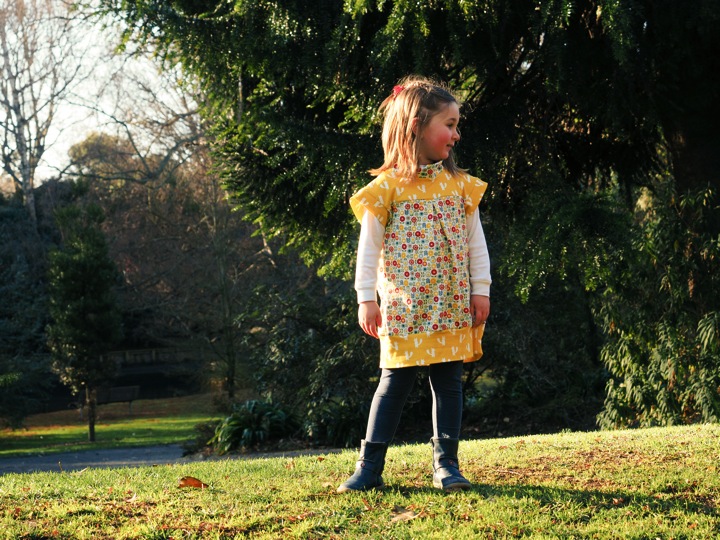 Recently I wrote about the Sew What Club and the 2 patterns that they launched in their first month. The Annecy and the Lyon.

Well obviously since I cannot resist fiddling with things it was inevitable that I would have a bash at hacking the Lyon after I tested the original. And this is what I came up with. Its not perfect and there are things I will do differently on my mods when I make the next one – there will definitely be more! Both the original and the hack.

Its all a cotton jersey fabric, but not super stretchy and doesn’t have the best rebound so my mods took this into account. I cut about 6 inches off the length, added that back with the hem band which I cut narrower than the hem by about 20% and rather than doing the neckline and armholes with bias I did chunky bands instead.

I made the arm and neck bands the same measurement as the holes – which next time I would change and do about 5% shorter and cut them so that the top fold is marginally narrower than the base. The hem band I adore as is. The top of the dress part has a small pleat as I cut the front the same width as the back and just pleated in the extra. I liked that way it made the front hang. Also I omitted the waist elastic.
The original pattern is wonderful and comes together so well. All the bits I will tweak are from my modifications – not the original pattern. Just so we’re clear!

28 of 52
Homemade Bird Feeders for Winter