We had a lovely weekend, hubby was able to ditch work (mostly) and despite rain on both days – yeah, really, torrential rain. Nasty.

Saturday we were going to local town but due to the weather we about turned and headed to the covered play areas of town – or McDonalds as its also called! 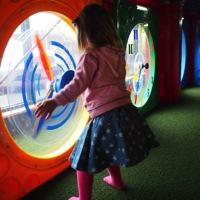 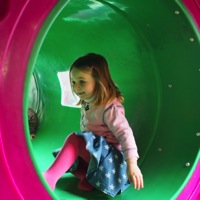 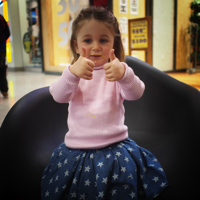 Then we treated her to a cupcake (it was gone to fast to get on camera! Check out the remains around her mouth though. After we left the mall we headed to Mitre 10 and got bits for around the garden, earth, seeds, fertiliser and other random bits – not to mention a coffee and some sushi to eat!

Sunday we bundled into the car after hubby had a well earned lie in and drove over to Ashley Forest to watch the RallySprint that was happening. It rained. We had a good time anyway, loud cars, flying dirt and a toddler on my back eating sweets and ‘oohing’. We stopped by the river for a little play on the way home as my little lady stubbornly stayed awake for the entire journey home (its not a short one!) simply so as we crossed the gorge she could pipe up – in an extremely tired voice – ‘we go to the river, I love the river, its my favourite place’. So we did. She lasted about 10 minutes! 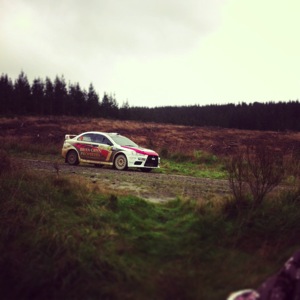 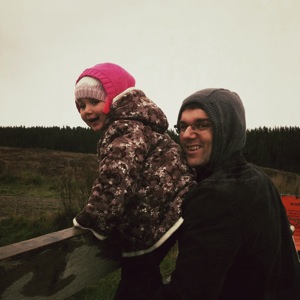 In between the rain and adventures we had a lovely time at home as well, sewing, cooking and hanging out together. I made a play mat for Nims second cousins, and I made buttons for a new project – Its going to be a long slow one but should be good! Supper was veggie cheesy pasta. Yum. 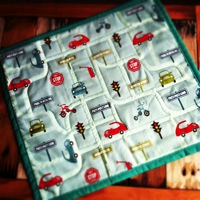 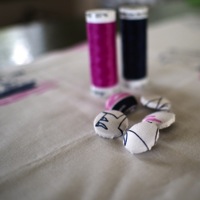 Tomorrow I will try and do a garden post. Which makes it sound as if theres a lot going on – there’s not so don’t get excited. I just want the chance to get the camera out and play with it. And speaking of cameras, now I’m enjoying the E-P5 gloriousness my photos will desist from being insta-snaps!